Free MRI Review At Deuk Spine we’re happy to review your MRI and help you determine what treatment is right for you! Tap here to get started.

A disc becomes herniated when an annular tear is created due to disc degeneration or injury, allowing the nucleus pulposus to expand outside of its normal bounds. Tears in the annulus fibrosus weaken the structure of the disc, compromising the disc’s ability to act as a shock absorber between vertebrae. Meant to facilitate movement in the spine as well as countering load, intervertebral discs play an important role in everyday actions like sitting, standing and walking.

Annular tears that give way to disc herniations come in several different forms. While even the slightest tear is recognized as disc herniation, not all herniations are symptom causing. Typically a herniated disc is formed due to one or more of the following types of annular tears.

Herniated discs in the lower back that press against nerves can cause radiating pain, tingling, numbness and even burning as the pain moves from the buttock down the leg and sometimes into the foot.

Herniated discs in the neck area are often related to nerve compression and include a wider range of symptoms. These symptoms may include dull and sharp pains, tingling, numbness, and radiating pain that can be associated with specific movements of the neck.

When looking at an MRI, herniated discs are often fairly easy to spot. Normally appearing as a cleanly contained disc between two vertebrae with a well formed center or nucleus, herniated discs often exhibit signs of degeneration which may include deformed centers, dehydration and/or actual nucleic spillage into the spinal cavities surrounding the disc. Through the use of a physical exam to determine the extent of discomfort and pain and a discogram to validate pain causing discs, our doctors are able to safely pinpoint the source of discogenic pain in the spine. 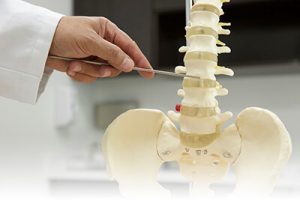 Once a disc is suspected for causing pain or discomfort, herniated disc treatment is fairly straight forward. Often beginning with a series of conservative management techniques, Deuk Spine Institute will attempt to aid the disc in self repair through non-surgical means. Should conservative management prove ineffective or the disc pain becomes overwhelming, our team of doctors will proceed with interventional pain management and/or surgery.

Our herniated disc surgery options include Deuk Laser Disc Repair, a minimally invasive spine surgery, and Deuk Spinal Fusion surgery. All surgeries involving herniated discs are performed at our world-class facility in Florida, where we offer modern treatment techniques that hospitals simply do not have in addition to premium patient care that hospitals simply cannot afford. If you have been suffering from a herniated disc problem and need an evaluation or second opinion, contact Deuk Spine Institute today and let us permanently relieve your pain. 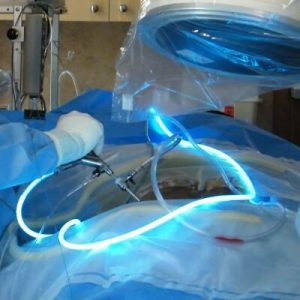 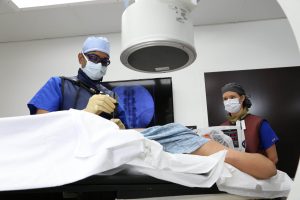 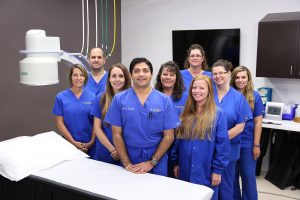